Flooding Back East & A Talk w My Grandkid!

Last week as I sunbathed and swam in the 82-degree sunshine in Albuquerque, New Mexico altitude 6000,’ my i-phone had those tiny pictures of rain in New York on it when I checked the weather. When I came home on the train it was 113 in LA! This isn’t about what we HU-mans have done to the climate … (that goes without saying) or how grateful I am to be living where it’s an average 65degrees year round, but these photos of the waterfall in my ‘second home,’ the pristine Victorian village I raised my kids in, prompted a call to ‘Lily’ the wonderful mother of my firstborn invisible grandchild. I wanted to see how they were surviving out there in rural-land. 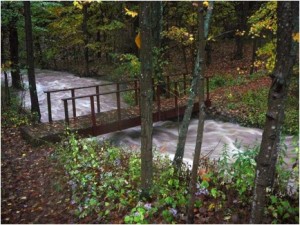 ‘Carter’ now ten (!) picked up the phone! I had a quite long conversation with him about the new stream on their property that had washed out part of their driveway, pop warner football and even school. Knowing of his dyslexia problem I found myself asking “Is school still a pain in the butt?” He sighed and said “yes.”
So I said “Well focus on what you like best, you’ll get through it; is your mom around?”
She wasn’t, but Wow! Maybe I can play some role as an invisible grandparent in his ‘edu-cation.’ It’s pained me that Lily and he are having such problems with his being ‘labeled’ and withdrawn from the classroom several times weekly, to the point that he ‘hates school.’ Maybe I can help them see the hope in there.
I had a conversation with my grandchild. First one in years … my heart is open, and yes, the tears are flowing. Albeit briefly. 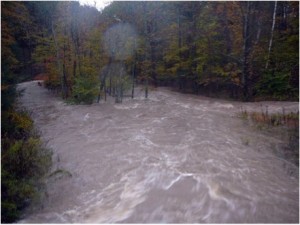