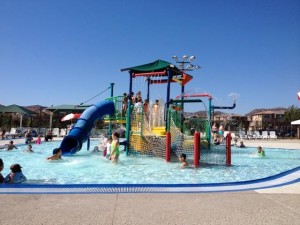 Back in July I blogged of my apprehensions about being a REAL grandparent, and bringing anyone into this troubled world these days. I called the outdoor pool where I’d seen dozens of toddlers and parents doing the hokey-pokey with babes in arms: “breeder city.” I both was horrified and empathized at what these innocent young couples might witness in ten, fifteen, or twenty years as these babies became adolescents and young adults.

With a real grandchild on the way, in August I visited a friend at the Jersey Shore for a week while her grandkids ages 4 ½ to 7 were there with their friends. I wanted to observe and be “grandma in-training.” It helped wipe away some of the reluctance and anxt I was having about doing the real thing. For eight years I hadn’t seen a grand daughter now twelve for reasons out of my control. I’d shut down my heart and needed help opening it.

Most of that week, sans the screaming temper tantrums and power struggles between two almost seven-year-old “little women,” was fun, really fun. I became awed at the depth and creativity of kids’ minds. Their games helped me open my own. Both exhausted AND glad when that week was over, I was thrilled to drive to my next stop alone! Whew! How does my my 79 year old friend Adalyn keep helping out five days out of seven? Or Jenny her 46 year old New York City daughter do it, with two kids under 6 while maintaining her busy job as a director for the now international MOTH storytelling project?

But now weeks later, my first real visible grand daughter, Sierra Neva Jones, was born ten days ago, six pounds eleven ounces, all fingers and toes in tact. Her mom, who I love, had been calling me weekly after her doctor’s visits. Tall thin and Hollywood gorgeous, although eating well, she’d only gained ten pounds during the pregnancy, but it was all baby. Last Saturday I got ‘the text’ from my son at 8:30 a.m. that Nicole was in labor and they were leaving for the hospital. The next text at 1:30 she was 7.5 centimeters dilated and had an epidural. I guess the women’s health natural-birth thing we 70’s feminists pushed for is a little passé these days. I’d told her to tell her doctors “as long and as natural as possible,” but surely to take care of herself. It was then a long five hours, me pushing visions of complications and profit hungry doctors pushing C-sections out of my head. (They are 1 in 4 today.) My son called us with the news: vaginal delivery, 50 minutes of pushing which Nicole felt as movement not pain at the end. He’d cut the cord and they had two hours of holding her before nursing staff intervened.

Then within minutes I got a phone text marked MOV titled “Sierra’s first bath!” No kidding. Technology is changing grandparenting by making it visible, palpable from the start. I couldn’t believe my eyes! She’d been swaddled since birth, already breast fed, but I could sense the “What the f— are you doing to me? I was comfortable in there!” in her screams. She was cute as a button of course. My heart was beginning to open.

Not 48 hours later I got another 30 second e-mailed video, the header of which was: “Waking Sierra up for her feeding.” It showed a loving mother charming Sierra into opening her eyes and mouth by gently rubbing her tummy and talking sweetly. But my feminist women’s health educator head shook as I thought, “Waking a baby to feed? What the heck is that about?”

My dear grandma friend Adalyn had already written me this little ditty that I forwarded to new mom Nicole.

“Just last night got to see your wonderful news. Nearly 7 pounds is certainly not a lightweight but oh that little face looks SO tiny! I remember I’ve told many an about to be mother to “sleep when the baby sleeps!  Don’t try to do any housework or laundry, leave that for others.”  Every now and then a baby is born who sleeps a lot — but they don’t happen often enough!   I remember an article years back in the NY Times Sunday magazine section that was a pediatrician apologizing to his patients for pooh poohing their tales of life with a colicky baby. He wasn’t convinced they existed until he had one himself. I still remember with bliss and gratitude (to my mother) the first morning I could sleep in, after one of the kids was born. Was the best present of my life, other than the kids themselves.”

Nicole responded, “Yea, in the hospital and when we went to her first Dr. appointment three days later, they told us the same thing, we are to not let her go more than 3 hours between feedings so we have to wake her up to breastfeed.” She even told me a friend who’d delivered 500 miles away in Oakland was told the same thing … something about swaddling them after and making sure they never are hungry. I ran into another new grandma whose daughter-in-law three states away was told the same thing. I’m still a little shocked. Part of me thinks it’s sadistic brainwashing to keep mothers in their sleep-deprived-place; but I must look into the real reasons for this. Likely doctors are giving warnings that might prevent SIDS and later liability suits. Guess the times, they are a-changing!

Yesterday we got another 30-second video entitled “Sierra Hanging Out.” There aren’t words to describe how my heart opened as I witnessed my very own grandbaby, part of my gene pool, so much larger than a week ago, squirming around and smiling. Was I ever really that small, that unformed, that innocent? Was my son Graham? All adult growth in those first few cells, multiplying every day! Life is amazing. Miracle is the only word I can come up with, this VISIBLE baby whose mom is welcoming me to be part of her life is REAL. I’m in it for the long haul, like it or not, and like it is!