Proximity to a Growing Grandson’s Politics …. How’d that Happen? 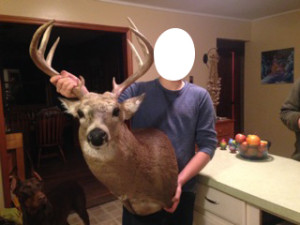 Carter was eighteen months old when everyone at our wedding in Big Sur commented what a sweet well-behaved beautiful child he was, and what a great job his mother Lily was doing of parenting with her new husband. That was 14 years ago. I can count on my hands the number of times I visited him in rural upstate New York. As he grew up the sweetness remained. He’d take me on a walk nearby a stream on his property, pointing out and naming the vegetation, even giving me seeds from his garden so I could plant them at home. As my book reports, he now knows my status as ‘biological grandparent’ and I send gift cards for REI or some such on birthdays and holidays.

One summer when he was about twelve, he invited me to go with him and Lily’s father ‘clay duck shooting.’ He was pretty good at hitting clay pods shot from a canon before they fell to the ground. I just congratulated him at this prowess and put visions of my own anti-gun values out of my head. He was being raised in redneck country, after all. But I’d little opportunity over the years to share my internal anxt, when my own sons went hunting with my ex, their father. It was o.k. because they always had to clean and eventually eat their take he’d tell me.  I pushed images of the movie Bambi and men in uniform crouching around corners, rifles ready to pop out of my mind.

About a year ago, Carter asked his mom for my Facebook address and asked me to befriend him. I did, but not a Facebook regular, I rarely post or search for notifications. In November I found this picture of a proud Carter with the head of a huge buck. His first day of hunting season he’d dropped what many an adult male “would kill” to bring home on the roof of their car! I gulped, and commented only “wow! I bet your grandpa was jealous,” or some such.

Yesterday I had another Facebook surprise. One of his most recent posts was a picture of a curly headed toddler in a parade, holding up a hand-made sign that read “Mr. President, Sir, Why don’t you want MY mom & Dad to Protect their 2 girls – like YOU protect your 2 girls – WITH GUNS? It listed a website MOM’s DEMAND ACTION and www.colddead hands. Needless to say I chose the route of doing nothing.

OMG and it got worse! The next was a photo from Conservative News Today of three large felled redwoods on a long flatbed truck. Spray painted on the tail of the trees was scrawled: “Don’t Worry …. I Hugged It First.” Horrified about the implications of all of this, I shut my machine down when I saw another video of  “Shark Attack on Grandma” that showed a shark breaking through and aquarium wall and scaring the shit out of passers by! 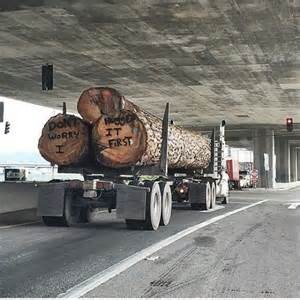 So how do grandparents, visible or not, reconcile differences in their own values and politics, whether it be about the environment or gun control, with those of their growing younger adults? I know kids have their own minds, but I sure wish I’d at least been able to be part of the dialogue.  I guess this is just another example of the values and opinions that don’t get shared over the years as children grow up. Lily, Carter’s mom wrote me this when she shared the picture. “We are very proud that he is a hunter and we always eat everything he shoots. Hunting and fishing skills have been passed down generation after generation in our family and if people don’t like the idea, they’re the ones who will starve if anything ever really goes seriously wrong in our country.”

Ya know? I agree with her.